It's Hot Outside Baby

I know I am not the only one experiencing these stifling hot temperatures - I heard 34 states, close approaching 40 states across the US, have heat warnings issued.   I try to do most of my work outside very early in the morning and retreat inside during the hottest hours of the day and then return outside late afternoon to check how the garden has taken the heat.   The summer squash is having a heyday going crazy and it looks like some recipes may be arriving shortly.  Beans are not in short supply either - found a sesame flavored bean dish to try tomorrow. 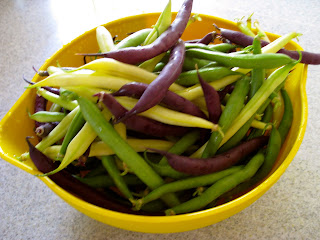 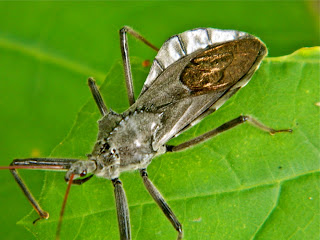 Both very stunning but this second one caught my eye because I swear that spot looks just like a penny.  I coined him the "penny bug" and saw mention of him in the latest issue of "Organic Gardening".  He's a big ole' bug that preys on other bugs with his hook-like mouth.  It does look very nasty in real life and I bet can really hurt!
When it comes to beetles though, Mr. Cardinal has a different view - dinner!   I watched him jump around trying to catch this bug and managed to snap his victory in a photo. 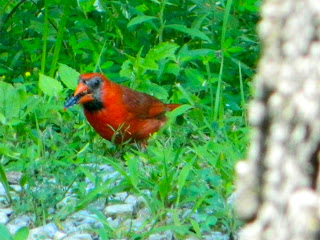 The American Gold Finches prefer to dine on the sunflower seeds which are developing in the flower now.  I did some research and found two varieties of sunflower that grow really large and produce some giant seeds which are edible for people to eat - so I will be ordering them for next year. 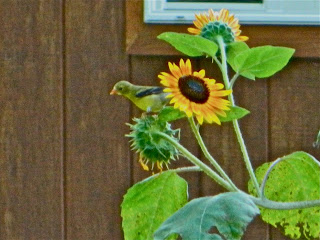